Mehmooda Duke, the Managing Director of Moosa Duke Solicitors has been named Business Woman of the Year 2017 at the Leicester Mercury Women in Business Awards, held at Leicester Tigers on 28th September 2017.

Mehmooda set up the firm in 2003 as a sole practitioner and over the years has gone from strength to strength.  Moosa Duke Solicitors now employs 15 people from the offices at 11 De Montfort St, Leicester. 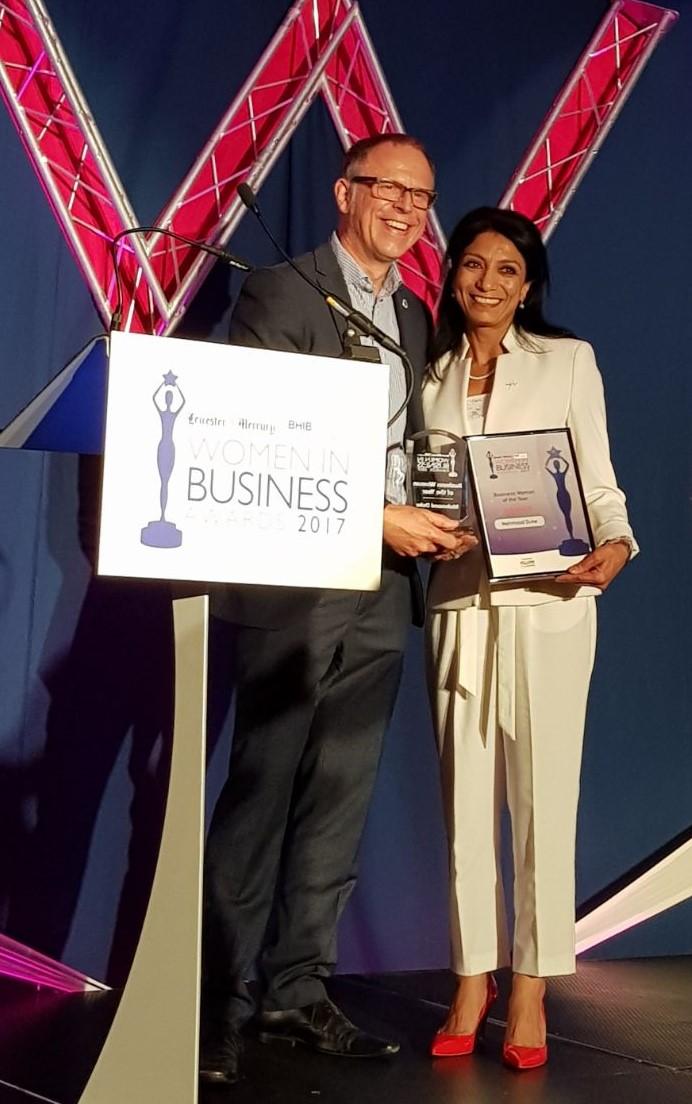 Among Mehmooda’s several achievements during her career,  she became the first female Asian President in Leicestershire Law Society’s 155 year history in 2015, and only the seventh woman to hold the position.

She has also recently been appointed Deputy Lieutenant for Leicestershire and Rutland, and is only the second Asian female to be recognised for this prestigious honour.

All of the team at Moosa Duke Solicitors are extremely proud of Mehmooda and feel very fortunate to be led by such a successful, strong and inspiring woman.

For the full story, see the Leicester Mercury article.