Our client, Mr Taylor  hopes that no other families ever have to face what he and his three children have gone through. 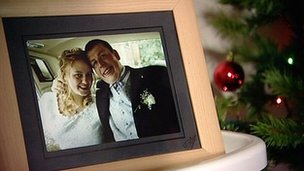 Alison Taylor, 29, from Syston, died in March 2010 despite visits to her GP, Mr Hussey and Dr Das Bhari, at the Syston Medical Centre, and The Leicester Royal Infirmary.

A two day inquest into Mrs Taylor’s death was concluded on 15 December 2011.

Recording a narrative verdict, the coroner of Rutland and North Leicestershire said that Mrs Taylor  died from a pulmonary embolism after a deep vein thrombosis.

Mrs Taylor died 16 days after giving birth to her third child. After complaining to midwives, she was sent to Leicester Royal Infirmary (LRI) but no ultrasound scan was available at weekends.  She was told she had cramps.

The doctor who saw her at the Leicester Royal Infirmary Maternity Unit, admitted that he did not understand the hospital’s own guidelines and now realised that he should have done a blood test even if he had suspected that it was not deep vein thrombosis.

Mrs Taylor also visited her GP on the morning of her death but was told that the pain was most likely cramp.

The Leicester Royal Infirmary has changed its arrangements for scanning and scans are now availbale at weekends, unlike the situation in Mrs Taylor’s case.

“I would like to thank Gemma, she is an asset to MDS. She gave a personal and professional service. Nothing was too much trouble. Thank you Gemma.” S – October 2020

“I must take the opportunity again to thank both you [Priya] and Ms Sarah Grogan for your diligence, guidance, expertise and manner. From the first to the last you filled me with confidence that I…

“To Mehmooda, Gemma, Priyanka Thank you for all the hard work and long hours you put into my case. It’s been a very long journey but it has been worth it for the outcome that…